Kick off your OIta Experience: the right way

With the countdown to the Rugby World Cup 2020 inching nearer and nearer, the small city of Oita is secretly packing some heat among its narrow streets. Now, at Tokyo Creative, we already have a wide range of favorite places in Oita already (see here or here), but since this was our first time doing a mini-team trip, we’re excited to add more to our list of favorite places to recommend.

The hub of all the madness starts and ends at Oita Station– your one stop access point to the wider Kyushu region, the airport and most importantly, to the grounds of the stadium for the Rugby World Cup. Oita is only an hour away is industrial commercial town Kokura, five hours away from beautiful seaside city Kagoshima, and three hours from having delicious ramen in Fukuoka by train. Oita airport is also just a one hour express bus away, and a local 35-45 minute bus to Showa Denko Dome to see some bulky rugby players battle it out on a field with thousands.

While walking through Oita’s Centporta Shopping Arcade, just like Emma and Shiori, you might start to realize that there are a lot of really strange capsule machines and overall odd shops that line the arcade. Without even really paying attention, we found some of our now all-time favorite items: a really old (fake?) 10 yen note and a shark tooth fossil from Florida during the Miocene period, which was a recent 25 million years ago. However, as these prizes were strokes of luck, one thing that you can be promised is prophecies of luck (omikuji). So much so, that we found two very reliable-looking boxes that were funky but, again, very reliable.

For some great treats, we suggest you pop into the Across Plaza within the arcade! There, you’ll start to realize that the entire city is obsessed with a lime-looking fruit called ‘kabosu’– a speciality to Japan. With both Emma and Elise thinking it was a mix of yuzu and lemon or lime, the kabosu flavor is fresh like lemons but definitely a lot more softer in acidity, and gives off a very refreshing smell. The juice is primarily used for cooking, in order to give each dish its paired with a sweet acidity, not strong enough to overwhelm the dish, but to slightly add a sense of fragrance to it. Today, Oita currently produces over 90% of the kabosu used in most of Japanese cooking, so with great confidence, we think it’s fair to say that Oita is where the kabosu party is at!

Created in 2018, a total of sixty-five local volunteers, along with ten students of Tokyo University of the Arts sculpture department came together to pay recognition to the late Japanese sculptor Fumio Asakura (1863–1964) for his work in the national art community through this Kyodai Nekkorobi Maneki-Neko statue. His love for cats frequented his works as important motifs, believed to have brought good luck to others since ancient times.

Spanning a hefty this almost 11 meter-long work is not something you can miss, especially with the matching giant “try!” that’s hung from its paw. Don’t worry, the “try” doesn’t mean ‘try harder!’ (like we initially thought) but instead means ‘goal!’– a nice Oita cheer for the Rugby World Cup teams participating in this years games. So this statue is definitely something that's a go-to spot for both cat and sports fans!

We decided to do the onsen experience a little differently this time and turn it up a notch by taking a hot bath in the middle of summer, which was still delightful because we went to Atami Onsen! This public Japanese bath is as traditional as it gets, so much so that we saw a replica of it in the Showa Era Museum. With old Japanese bathing processes still evident in the bathing process at Atami Onsen, you’ll notice that there are some interesting quirks, such as the missing number on the lockers:

The missing ‘4’ is thought of as bad luck, sharing the same word as ‘death’, and is therefore left out of the locker-gang. Not only that, Atami Onsen’s outside layout is still very much resembling vintage bathhouses, with the separating male/female desk run by the loveliest grandma who deals with entering guests.

The bathing house itself includes an outside pre-soak bathing area where you’re expected to really wash yourself down before entering the community bath. The tubs are filled with 46 degree water, forcing you to soothe your muscles and mine from the stresses of the Rugby match results, under an iconic Mount Fuji tiled mural. The local Oita community kids also banded together to create two very adorable paintings on the wall that oversee both the male and female showers, so you can admire the works of art while you tone down!

If you’re like Emma, Shiori and Elise, you need a cool down after that steamy bathing session and the best place to do that is at Monkey Mountain– one of the best craft beer spots in OIta city! Finding a great beer brewery in Oita was definitely a priority for us (mainly, Shiori), and it wasn’t very hard to find Monkey Mountain because of their great reputation as being a freshly-brewed craft beer house with a specialized distillery in the back. Sourcing all the ingredients from all over Japan, Monkey Mountain currently sells five in-house and high quality beers, ready for all those pre and post-game banter! 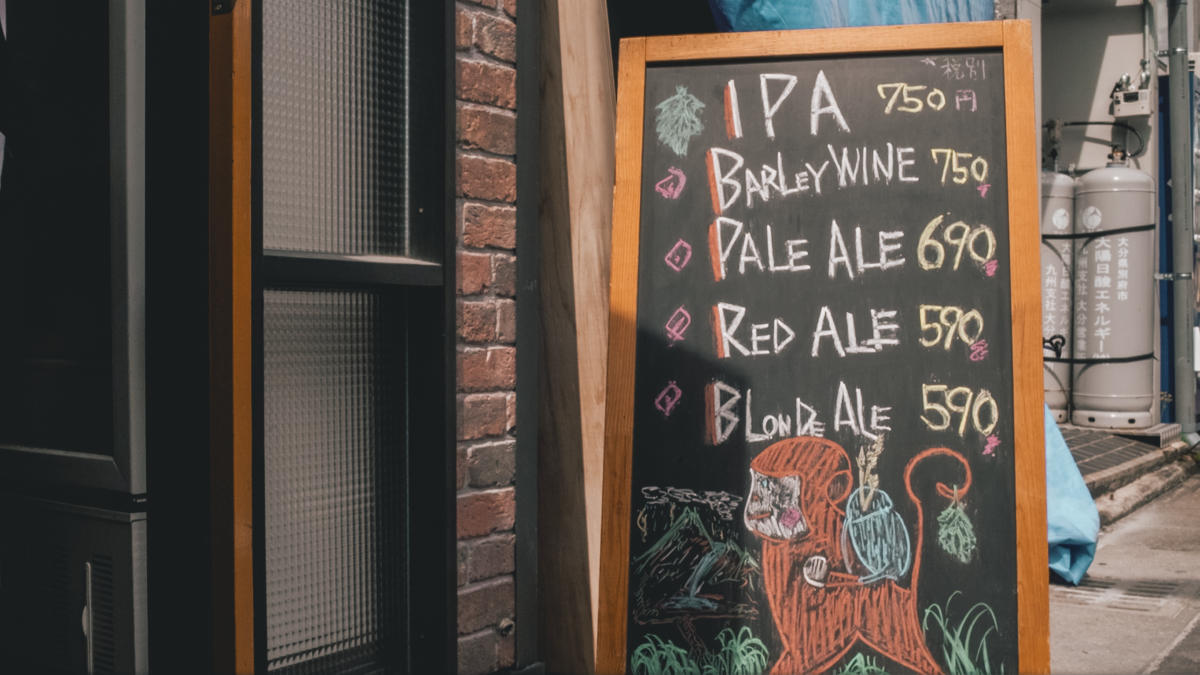 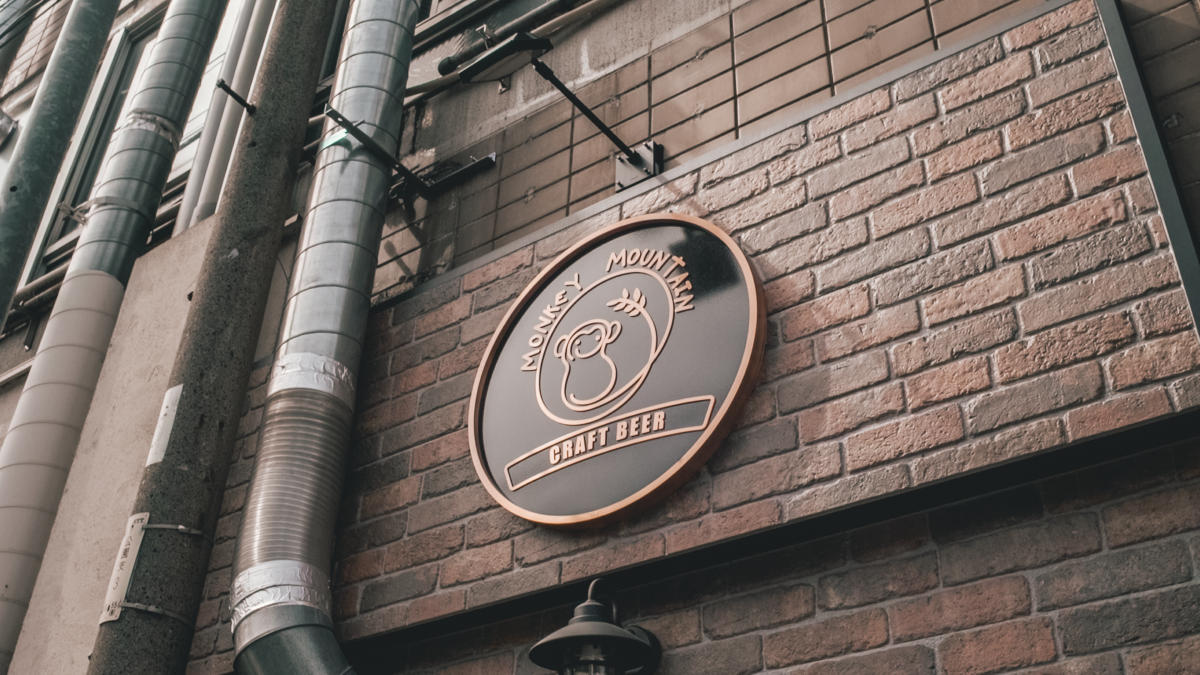 Just a little outside of OIta City is Showa Denko Stadium– the largest sporting venue on the southern island of Kyushu, and home to the 2019 Rugby World Cup. Indulge in the Japanese stadium experience (don’t worry, you’re not expected to clean up after yourself) and enjoy some ‘different’ stadium snacks. Instead of what we’re normally used to, we found that stadium food in Japan is a lot different than what is usual in the States, Australia or the UK. Before we entered the stadium, we decided to grab some delicious karaage, (literally called) American corn dogs, sausages on a stick, frozen corn and some rice balls. Admittedly, we haven’t been to too many sporting games in other countries, so we’d love to know what’s the norm for stadium food in your country!

As you might see in the video, we were exhausted. We managed to hit six different locations within one day in OIta, but we had a blast! During your stay in Oita, we can’t recommend these spots enough, so don’t forget to take some pictures and tag us on Instagram at @tokyocreative.jp!

If you love the idea of camping but don’t want to forgo the comforts of home then the glamping experience at Satonotabi Resort Lodge Kiyokawa is for you. We recently had the fortune of heading out to Bungo-ōno city in Oita prefecture where we got to experience the ultimate glamping experience without breaking the bank.

Holding Magic in Your Hand: Where to watch the fireflies

This is as close as humans can get to the land of the fairies. There cannot be a more magical way to kick off the summer than by watching these ethereal lights

Read Article
Article by Mike B

Making the Most of Your Homestay : Your Guide to Maximizing Your Experience in Japan

Set in Oita in the Oita Region, 14 km from Beppu, JR Kyushu Hotel Blossom Oita boasts a terrace and views of the sea. The hotel has a hot spring bath and sauna,

Located about 30 minutes away from Beppu in downtown Oita, the Oita Prefectutral Art Museum (aka OPAM) is a definite must if visiting this area. Ranked within the top 10 things to do in Beppu, visitors can experience some gorgeous art as well as the gorgeous building designed by well known Japanese designer Ban Shigeru.

Get your fill of culture at Oita City's Art Plaza, which showcases the works of Oita's own internationally renowned architect and 2019 Pritzker Prize winner; Arata Isozaki. Opened in 1966 as Oita's Prefectural Library, this building became a gallery for the works of Isozaki in 1966. Some of Isosaki's most notable works include the designs of Spain's Domus: La Casa del Hombre, Ibaraki's Art Tower Mito and The Museum of Contemporary Art in Los Angeles, California.